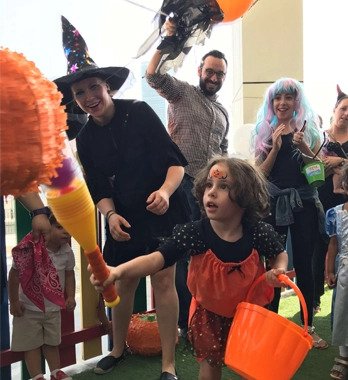 Valentine Day is typically associated with romantic love, but the purest and most valuable iteration of this emotion is, without a doubt, between a parent and child. Researchers at the British Columbia Children's Hospital have found that hugging infants can actually alter their DNA - revealing, that "in humans the simple act of touching, early in life, has deeply-rooted and potentially lifelong consequences on genetic expression."

According to an article published by the University of British Columbia Faculty of Medicine, children who had experienced greater distress as infants exhibited an underdeveloped molecular profile in their cells by age 5. Distress in infants is caused by a lack of bodily contact from adult caregivers, and excessive periods of neglect and unattended crying.

The implications of the underdeveloped cellular makeup are not minor, with effects in both biological and psychological development, indicating a possibility of poor overall health of the child over the longer term. A follow up study will be undertaken by the research team to determine the magnitude of the implications of the “ ‘biological immaturity’ … in these children ... for their health, especially their psychological development.”